10 Birds of the Pacific Northwest

Explore this list of birds from Washington, Oregon, Idaho, and the entire Pacific Northwest. From finches to grouse to woodpeckers and beyond - check it out!

The Pacific Northwest is home to an abundant and diverse assortment of life. This Cascadia Bioregion is a unique ecosystem and environment that hosts a variety of unique birds. If you’re not yet familiar or if you’re needing a refresher, read on to learn more about 10 birds of the Pacific Northwest. 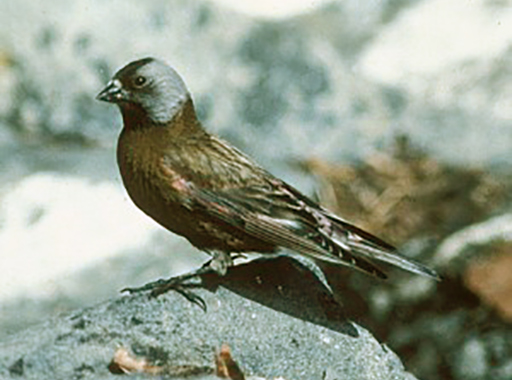 A pastel, pink-and-brown colored songbird, the Grey-crowned Rosy-Finch can be found on the western islands of Alaska, down into northern California, and nestled in the high mountains of northern Montana. Their summertime activities are usually spent in higher elevations among the mountain tops, while the colder winter months are spent near your bird feeder. These Rosy-Finches are well adept to all seasons and are frequently seen throughout snowfields and mountain valleys in the wintertime.

Although this species of rosy-finch are common throughout the Pacific Northwest, their mating territories have shrunk, forcing them to breed in secluded areas. On the topic of secluded mating spots – this bird holds the record for the highest elevation breeding bird in North America. The Grey-crowned Rosy-Finch makes home up in the steep slopes of Denali – North America’s tallest mountain peak. 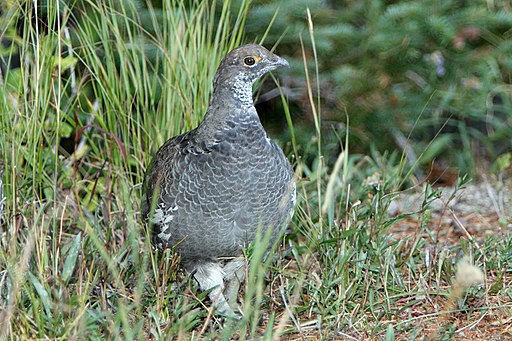 This species of Grouse is an upland bird hunter’s delight. Known for their incredible taste, incredible plumage and the wild, startling commotion they make when spooked from their nearby hiding spot, this bird is an exciting hunt for those pursuing upland game from autumn to springtime.

The Dusky Grouse makes its home up north in the Yukon, British Columbia, and Alberta provinces of Canada and are also found abundantly in parts of Washington, Idaho, Montana, and Wyoming. A particularly interesting fact about the Dusky Grouse is that this species shared the same name as the Sooty Grouse, called “Blue Grouse” because they were thought to be the same species. However, the Sooty Grouse is a species of grouse that prefers more rainforest-type environments that the Pacific coastal forests provide. 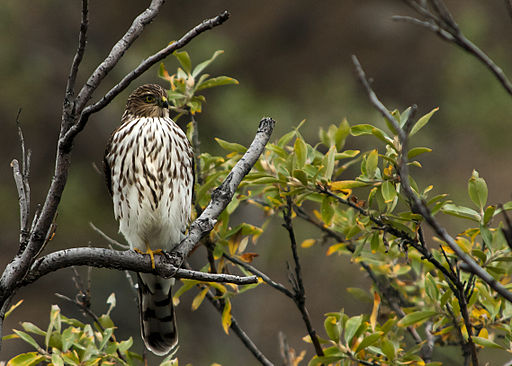 Their migratory nature is quite spread out between North and South America. They can be found up north during mating season in the great north of Alaska and Canada, while soaking up the sunshine in Central America during the winter months. The easiest time to spot these ambush professionals is during autumn when they are in full hunt mode before they begin breeding. These forest dwellers like to hunt at night, and during the wintertime they may even be preying on smaller birds like finches near your feeders. 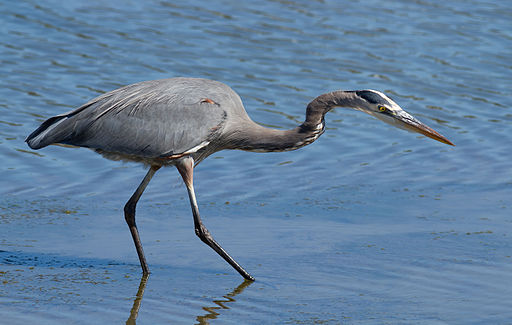 A giant of the wetlands, Great Blue Heron are truly remarkable birds that are found across the entire Cascadia Bioregion. One of the many remarkable birds of Montana, the Great Blue Heron is the largest of its kind in North America. With a massive wingspan of five and a half to six and a half feet, it soars through the sky casting its shadow below.

These birds are very adaptable to many types of water conditions and are found anywhere between the cold northern lakes of Alaska and British Columbia to the mangroves in the subtropics (Florida). Despite their incredible size, a mature Great Blue Heron only weighs around six pounds. The next time you are out on a lake in the Pacific Northwest, look for them near the cattails likely hunting for fish in the shallows. 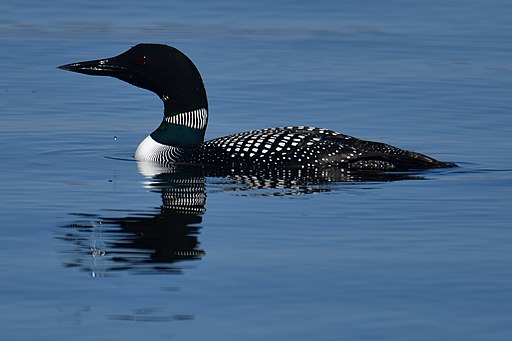 A call that bellows across the lake – a sound very familiar to fishermen and boaters, alike. The Common Loon is a magical bird that, quite honestly, looks like a very large duck. A brilliant display of black and white during the warm months and a cool grey during the snowy season, this bird species lives by the water throughout the entire year. Their build helps them to dive deep into the water to hunt for fish.

They are quick and agile and very good at swimming, so that they can catch their next meal. Loons only dwell by the shore when they nest. The Common Loon’s breeding grounds include the northern western portions of Washington, Montana, and Wyoming, as well as all of Alberta, and the Yukon provinces of Canada. The Common Loon also inhabits most of Alaska during their mating season. Many uphold the loon as an iconic representation of the wilderness.

Call of the Loon 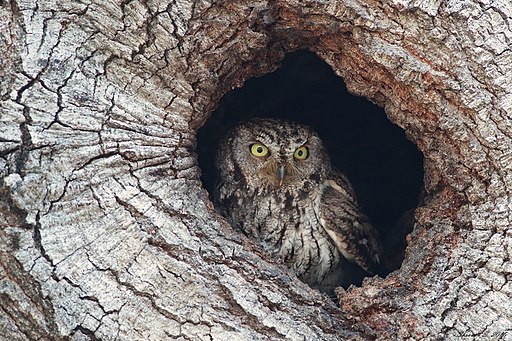 The Western Screech-Owl also makes home throughout most of the Pacific Northwest. Their common territory extends from parts of southern British Columbia, Washington, Oregon, Northern California, and Idaho, while they can also be seen in parts of Montana and Wyoming.

This owl is very good at hiding away during the daytime, but always comes out to play and hunt in the nighttime, since they are nocturnal. These small owls mainly dwell in the woods, but they are known to thrive in many different environments – including the deserts of western North America. An interesting thing to note about the Western Screech-Owl is in its name – this owl really doesn’t screech; it hoots instead. Yet its relative, the Eastern Screech-Owl has a sound more closely related to “screeching.” 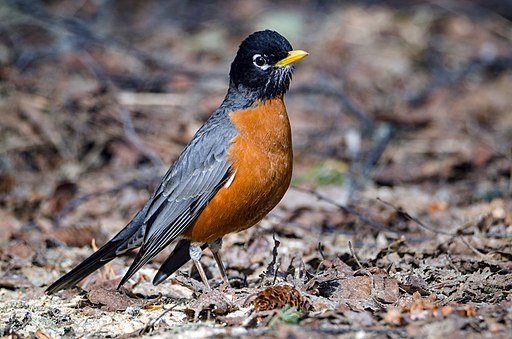 When you think of the snow melting and the first signs of green poking through, listen to the birds chirping; they may very well be the songs called out by the American Robin. A familiar species of bird throughout the entire Cascadia Bioregion, they are hard to miss with their reddish-orange chest and joyous call.

If you find them on your lawn, they are most likely pecking around for worms since it is one of their favorite meals. Their diets differ depending on the time of day. In the mornings they prefer the meaty snacks of earthworms and other insects, while in the afternoon they prefer to eat an assortment of fruits and berries. This robin is common among the birds of Washington state, Oregon, and Idaho as they live throughout these North American states throughout the entire year. 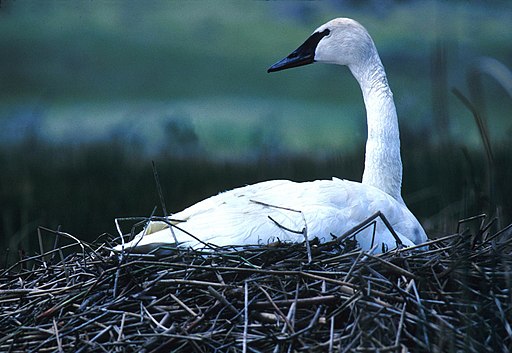 This bird, closely related to geese and ducks, was famously written about in E.B. White’s The Trumpet of the Swan. And although Trumpeter Swans can’t actually play the trumpet, they are one of the most majestic birds that live throughout the Pacific Northwest. Although their populations were once in decline, their numbers have come back significantly; a success for nature.

The Trumpeter Swan is the greatest native waterfowl due to their incredible size and wingspan. They are a spectacle among the birds of British Columbia during mating season and can be found among southern Montana and northern Wyoming wetlands during the summer months. This swan also makes their home in parts of Oregon too.

These magnificent, white-cloaked swans are heavily protected with the help of conservation and environmental groups that work hard to reduce the stress the birds may undergo caused by close human interaction. In contrast to the Great Blue Heron described earlier, this is North America’s heaviest bird of flight, with an average adult male weighing in around 26 pounds. 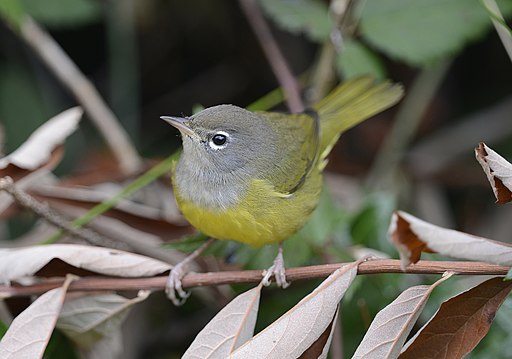 Well disguised within the brush and thickets, this beautiful yellow bird with a grey crown enjoys seeking refuge amongst the dense foliage. This songbird’s breeding grounds are found throughout the entire Cascadia Bioregion. Nestled away in the thick brush, the MacGillivray’s Warbler looks for bugs among the branches and on the forest floors below.

Their nesting habitat can range from a few hundred feet above sea level to around 10,000 feet; high up on mountain tops. MacGillivray’s Warbler is also known to relocate to recently burned areas where there is new foliage and fallen trees, using them as their new homes. This brilliantly colored songbird’s name was inspired by William MacGillivray, a Scottish ornithologist. 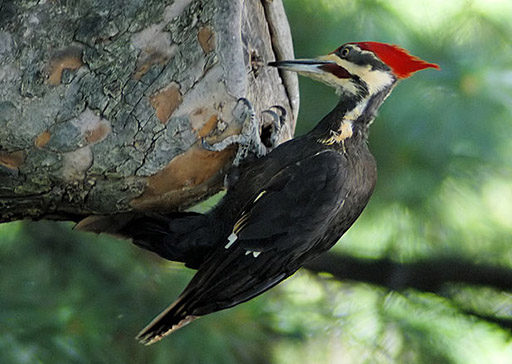 The final species that we’ll discuss in our birds of the Pacific Northwest article is the kind of bird that you can noticeably hear knocking away at fallen trees or rotting wood – the Pileated Woodpecker. This species of woodpecker is upheld as the biggest of its kind in North America. The Pileated Woodpecker habitat within the Cascadia Bioregion encompasses portions of Alberta, Yukon, Washington, Oregon, northern California, Idaho, and Montana.

This bird has a striking red crown that swooshes upward in the form of a mohawk. Their beaks are incredibly powerful and they will jackhammer through trees, foraging for insects. In some instances, the holes left are so well defined that they can actually break trees apart. When the Pileated Woodpecker is finished with their current job, they leave a distinct hole shaped in the form of a rectangle. A remarkable thing amidst their destruction is that these woodpeckers’ deep holes provide refuge for many other animals that dwell within the forests, including owls, bats, ducks, and martens.

Thank you for reading this AllNorthwest article of some of the birds that dwell, hunt, and breed throughout the Pacific Northwest. We hope that you learned something new about these remarkable birds and their surroundings.

The next time you find yourself hiking through evergreens in Washington or paddling rivers in Oregon, stop to admire the birds that surround you – you just might come upon a diving Loon, hear the hoots of a Western Screech-Owl, or witness the magnificence of a Trumpeter Swan.